Today and yesterday was spent in an EMC lab running tests for Electro Magnetic Compatibility.

These test are quite extensive and to many this is seen as a bit of magic and if the device fails the test it can be very time consuming, ranging from a simple fix by adding a tape somewhere to almost a complete redesign.

As of now we have run – and passed – almost all of the tests, all radiated tests are complete as well as all the conducted tests.

The only test remaining is to run ESD (zapping the device with 4kV all over, ouch….). Don’t try that at home, it hurts….

For those of you that are interested I have attached some images from the measurements. 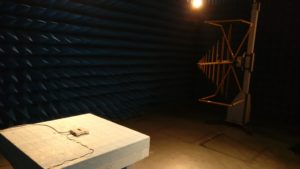 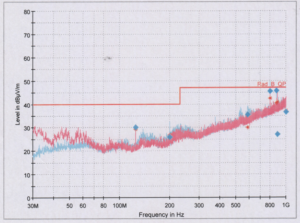 Results from 30MHz to 1GHz, where the straight red line is the limit line and the background noise level goes up as the frequency increases, which is why the overall signal also increases. 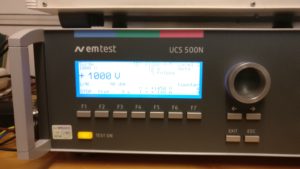 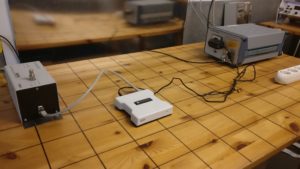 Conductive tests on both power line and Ethernet cable.

We still need to run and pass the ESD tests, but hopefully we will not run into too much trouble with that.